There is some scope to change in minimum pay to Rs 21,000 from Rs 18,000, which was approved by the cabinet, they added. Replying to a question, the sources said, “The demands of central government employees over hiking minimum pay Rs 26,000, higher than the Rs 18,000 had approved by the cabinet on the 7th Pay Commission’s report, is likely not to be considered by the National Anomaly Committee on behalf of the government but they may agree to recommend the minimum pay Rs 21,000 with raising fitment factor 3.00 times from 2.57 times at the behest of the Finance Minister Arun Jaitley.”

After the government cleared the recommendations of the 7th Pay Commission, it is set to increase the minimum pay. This would be effective January 1 2016. The decision will be taken to because the legislation would require an adjustment to the Consumer Price Index inflation measure. 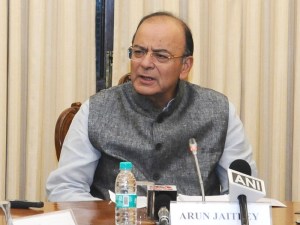 Minimum pay to be hiked

What will be the rise

The demand by the unions is to increase the basic minimum pay from Rs 18,000 to Rs 25,000. Under consideration is those employees who work well but are low paid. The government feels that there would be no harm in increase the basic minimum pay if the lower paid employees work well. This would provide to solve employees’ economic problems, eliminating poverty and stimulating the economy.

Shivgopal Mishra, Convenor of National Joint Council of Action (NJCA) says that they have fixed the minimum pay at a meagre Rs. 18,000 in the 7th Pay Commission. In the last Pay Commission, the basic pay was Rs. 7,000. They multiplied it by 2.57 (fitment formula) and came to Rs. 18,000. We are demanding 3.68 fitment formula, he also said.