Successful test BrahMos missile scorching from Sukhoi-30MKI  The BrahMos supersonic cruise missile has been successfully tested for the first time from the Sukhoi-30MKI warship in a significant event. This achievement has significantly increased the strength of the Indian Air Force. The BrahMos missile has a range of up to 290 kilometers and is considered the world's fastest supersonic cruise missile. From the land of this missile, the sea and now air tests have also increased the strength of the three wings of the army. The Defense Ministry said that the BrahMos missile released from the Sukhoi-30 war machine has been able to divide its specific designated target in the Bay of Bengal. Along with this, the world's fastest supersonic cruise missile has created history. Because of this, the capability of the Air Force has increased countless.

It is worth mentioning that BrahMos is a joint venture between the DRDO and Russia's NPO Massonestrainia (NPOM). The missile has been recruited into the groundwater and Navy for striking the ground and from the sea (that is, the ship). Now it will be included in the Air Force. Defense Minister Nirmala Sitharaman congratulated the BrahMos team and the DRDO team for this 'historic achievement'.

In a first, India is all set to test-fire the BrahMos supersonic cruise missile from a Sukhoi-30MKI fighter jet over the Bay of Bengal this week, according to media reports.

The BrahMos cruise missile travels at a speed three times that of sound at Mach 2.8, while the fighter jet has a cruising range of 3,000 kilometres and their combination could prove lethal for defence targets. The test firing, if successful, could help Indian Air Force conduct surgical strikes. 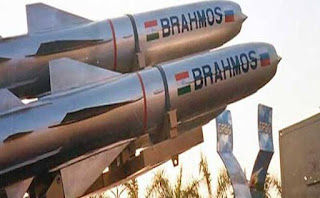 The successful launch of the missile will also make BrahMos the first cruise weapon system in the world to have such capability of being fired from all three platforms: land, sea and air, according to the report.

BrahMos is the only supersonic cruise missile possessing this advanced capability in the world providing an edge to the user with precise hit, The New Indian Expressreported.

BrahMos Aerospace, an India-Russian joint venture formed in 1998, manufactures the supersonic cruise missile that can be launched from submarines, ships, aircraft, or land. Hindustan Aeronautics Limited (HAL) and BrahMos Aerospace have been working on integrating the BrahMos missiles on two Sukhois for flight trials, which kicked off in June 2016.