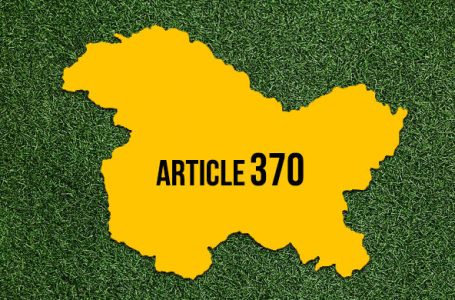 The Constitution of Jammu and Kashmir was made in 1956 and it defined the definition of permanent citizenship. According to this constitution, a permanent citizen is a person who was a citizen of the state on 14 May 1954 and acquired the property in a legal manner. Apart from this, a person has been residing in the state for 10 years or migrated from the state after March 1, 1947 (under today's Pakistani border area), but came back to the state with a resettlement permit.

Why protest in Kashmir?

Kashmiris fear the withdrawal of 35A. They think that by the end of this article, people of other countries will also get the right to buy land in Jammu and Kashmir. They will also be entitled to jobs and other government help. This will change their population.

Article 370 And 35A In Gujarati Language