Home / Breaking News / Mass promotion will be given to students of Std. 1 to 9 and 11 in Gujarat due to corona virus

Mass promotion will be given to students of Std. 1 to 9 and 11 in Gujarat due to corona virus

Mass promotion will be given to students of Std. 1 to 9 and 11 in Gujarat due to corona virus: 33 positive cases of Corona have been registered in the state and one has been killed. Thus, to prevent the coronation of the coroner, the state government has decided to give mass promotion to all the students of Std. Thus all these students will be elevated to the above standard. He has also declared holiday in all the schools of the state. 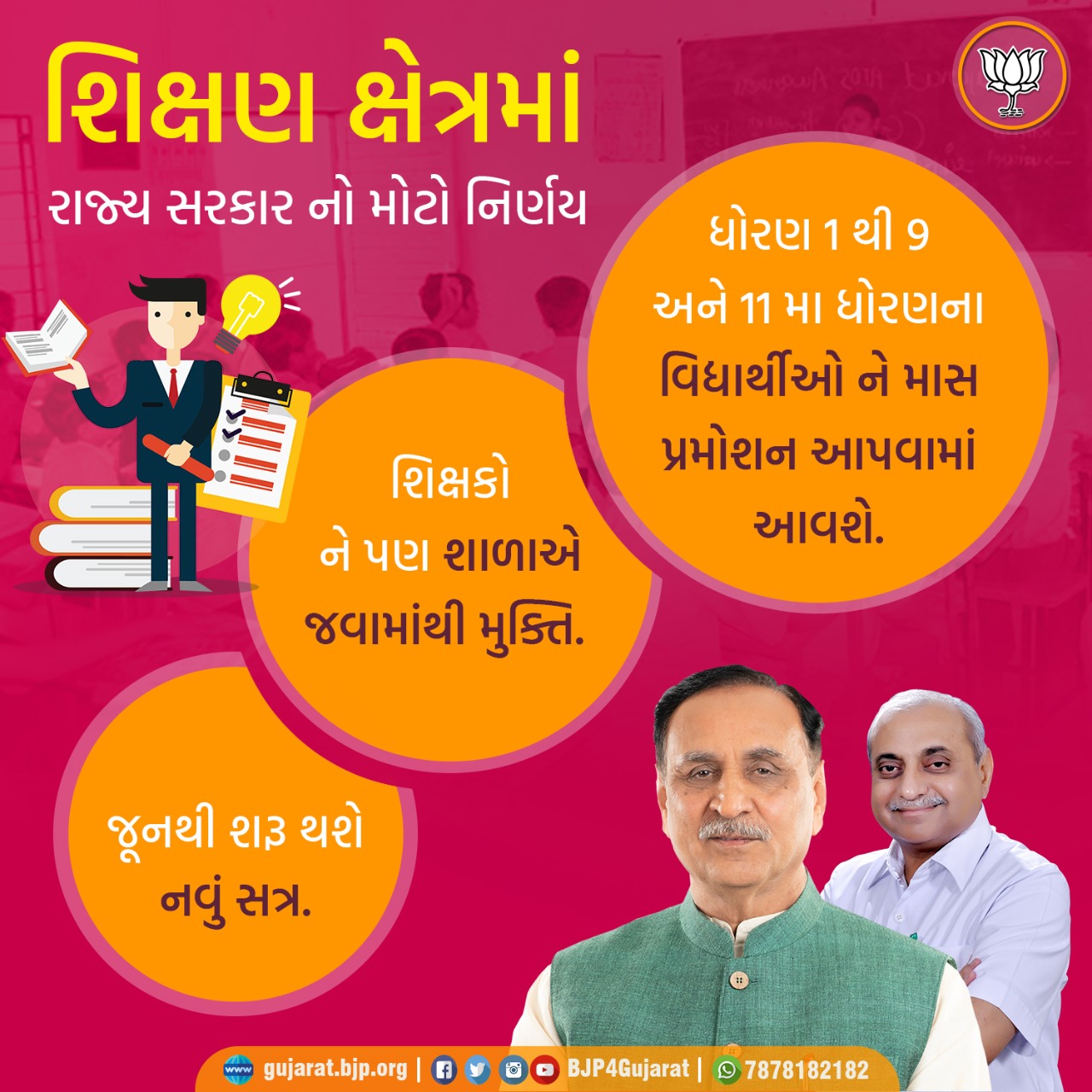 The school cannot cancel the exam on its own


The government will take a decision in view of all aspects

The reports were circulated in the media this year, in view of the situation presented due to the transmission of the corona virus, which will be given promotion to the students of standard A to 9 and standard 11 this year. However, Education Minister Bhupendrasinh Chudasama, with clarification on that, said that at present stage the whole matter is under consideration but no decision has been taken. In this regard, in the coming days, appropriate decision will be taken by taking into account all aspects of the present situation in the wider interest of the students and education. For this, no decision has been taken regarding the promotion of mass one to nine and 11 in the present. Meanwhile, an unofficial document that the government has made a circular went viral on social media, though it has not been endorsed by the Education Department.