Home Android Apps Now that Google has removed 25 apps from the Play Store, uninstall them instantly from your phone

Now that Google has removed 25 apps from the Play Store, uninstall them instantly from your phone

Bhavesh Chothani July 09, 2020
Google has removed 25 apps: Search engine company Google has deleted 25 apps from the Play Store for security reasons. The apps were accused of stealing users' Facebook data. This information was given by the French cyber security firm Evina.

News from ZEE affiliate website Zeebiz.com related to how many of these apps were related to Step Counter, Image Editor, Video Editing Apps, Wallpaper Apps, Flashlight, File Manager and Mobile Games, which have been removed. 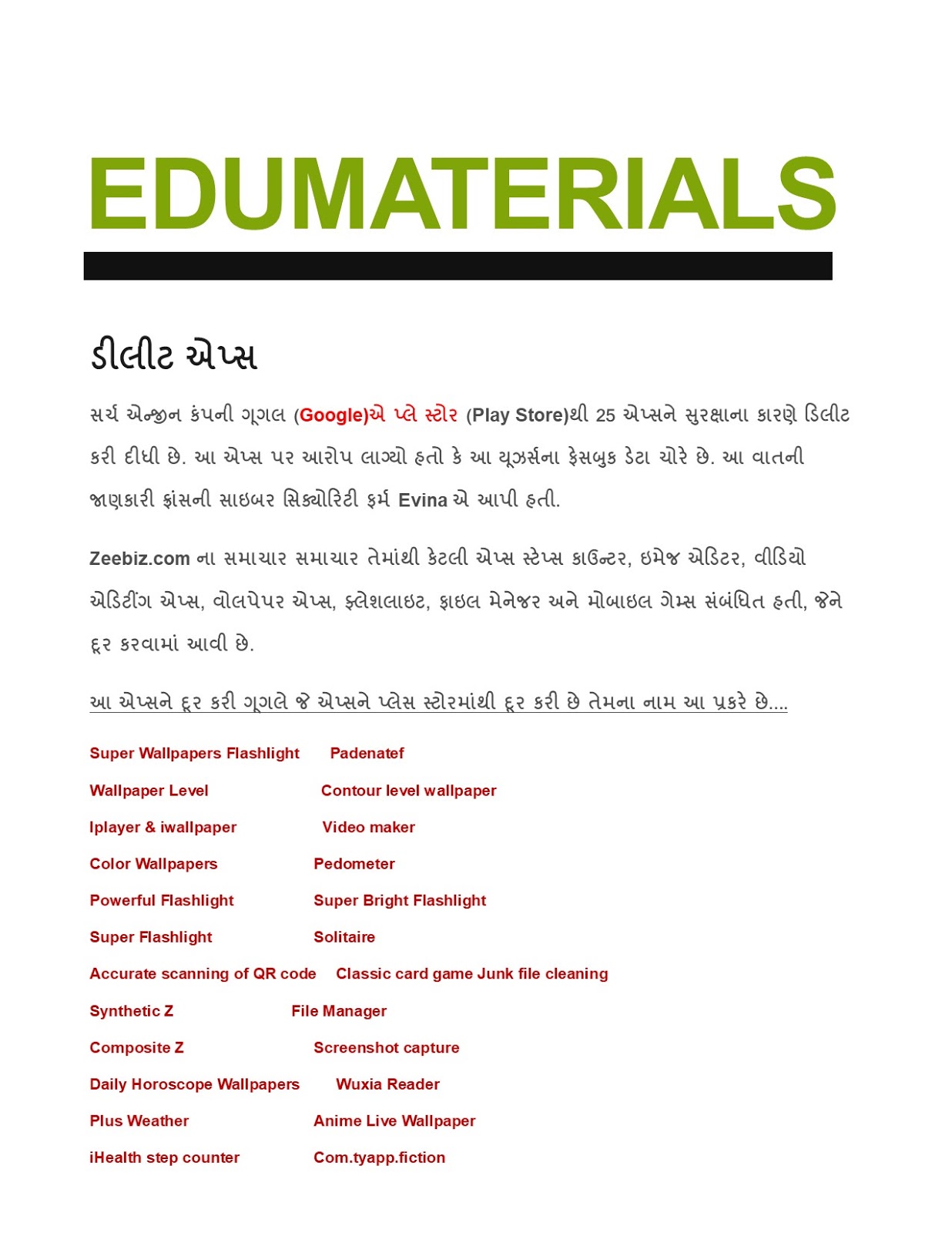 Here are the names of the apps that Google has removed from the Place Store ....


If your phone also has these apps then uninstall it immediately. More than five lakh people have downloaded Super Wallpapers Flashlight and Pasadena from these apps. Some apps have been downloaded more than a million times. So the last three apps on the other hand have only been downloaded 100 times.