ST workers will get 7th pay, teachers' jobs will be considered consecutive

ST workers will get 7th pay, teachers' jobs will be considered consecutive: The Gujarat government has accepted the demand for a seventh salary salary of 45,000 more employees and a continuous job of 1.25 lakh teachers. Deputy Chief Minister Nitin Patel announced this after meeting for hours with the staff association on Wednesday evening.

There has been a pleasant reconciliation of ST corporation and teacher movement running in the state. Deputy Chief Minister Nitin Patel said that the government has accepted the principle of recruitment of teacher in a continuous manner. Therefore, the duration of the fixed salary will also be considered in succession. They will be benefited for promotion, seniority, higher pay scale and retirement benefits. The settlement period will be up to March 31, 2026, and it will be added every 10 years after that, telling ST employees the benefit of seven payroll benefits with effect from 1st April 2018. 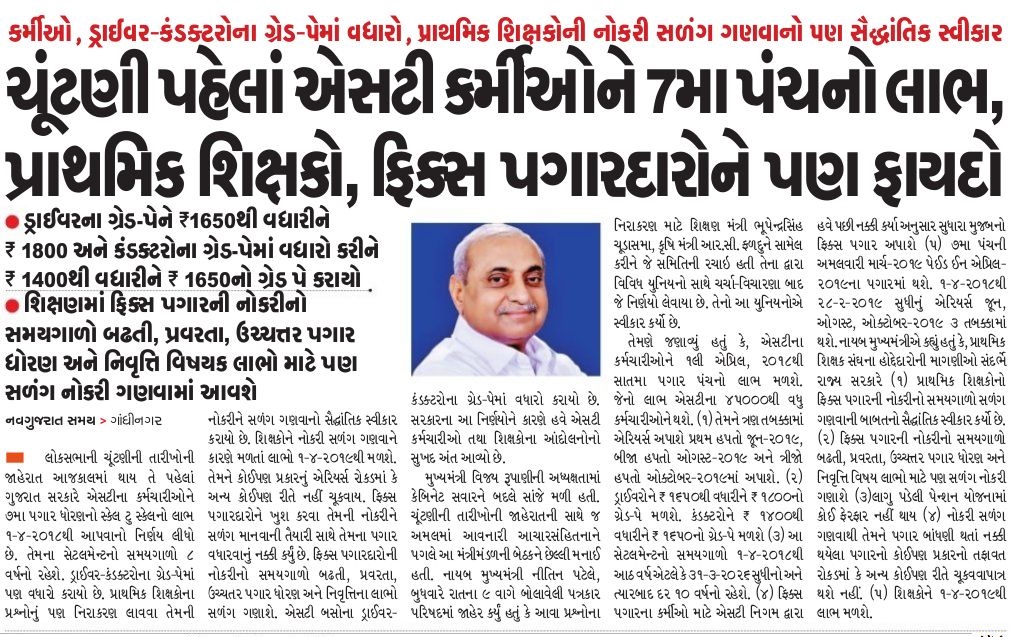 What are the demands of ST workers?

What teachers have accepted?